Football cultures: This year’s European Football Championship is a truly pan-European event. We think there’s no better opportunity to look at the intriguingly different fan cultures this sport has to offer and what the beautiful game can teach us about the world. Our editor shares why football fascinates him based on his own experiences. 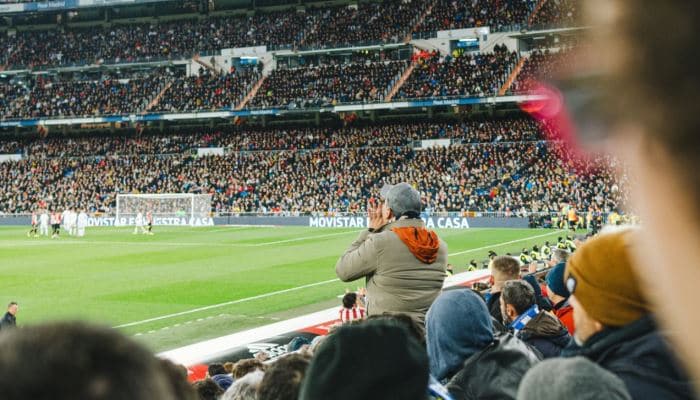 Whether you are interested in the game or not, you can learn a lot about a country from the terraces, and that’s why I’m a firm believer in going to football games when traveling! As an expat, my interest in German football definitely helped me understand my adopted country (and continent!) a whole lot better. After all, local clubs are often an integral part of a city’s fabric.

I love to see how cultures are reflected in the stands, and how fans represent not only their countries but their regions – especially somewhere as diverse as Europe. As a history graduate, I try to approach the beautiful game from that perspective. I learned a lot about Northern Ireland when I went to the North Belfast Derby on Boxing Day in 2016, for example. I’ve been lucky enough to go to matches in Poland, Czechia, Mexico, the USA, Switzerland and Spain, among others, and have been to many stadiums all over Germany.

In international terms, one of the most exciting aspects of international football tournaments is seeing the fans from different countries support their teams in their own languages or giving their style of support their own particular twist, like the Icelandic fans and their Viking clap on the last tournament or Scotland’s famous Tartan Army. That’s why I love the World and European cups!

Is it called soccer or football?

First things first: what’s with the name? Technically, “football” refers to a family of sports that includes rugby, American football, Australian rules football, Gaelic football and soccer, but generally “football” is synonymous with “association football”. When The Football Association coded the rules of their style of playing in 1864, they added the word “association” to distinguish it from rugby football. So where does the name “soccer” come from? It’s simply an abbreviated form of “association” (+er) and was first recorded in 1889 (as socca). But let’s just go with football for now.

While people think of Germans as serious and orderly, that goes out the window in German terraces. German fans are loud and often go the extra mile to support their teams, with very creative choreographed flags known as “tifos.” German fans from clubs such as Eintracht Frankfurt or Dynamo Dresden are known all over Europe for their tifos and choreos. In Germany, Dortmund’s Signal Iduna Park is one of the fiercest grounds due to the raucous support coming from the Gelbe Wand (Yellow Wall), the home end.

Football is huge in Germany, and with four World Cups, Germany are one of the most successful international teams. The Bundesliga is also one of Europe’s top competitions and is full of tradition-rich teams. However, that also applies to the second and third divisions, which are now home to lots of famous clubs that even played internationally until very recently, such as Schalke 04 or Werder Bremen.

Hamburg is home to FC St. Pauli, a neighborhood club that has developed a cult following even outside Germany. FC St. Pauli has a distinct countercultural identity and fan clubs all over the world. I myself live in St. Pauli within walking distance from the stadium and often see stickers of St. Pauli fan clubs from places like Glasgow, New York City and Buenos Aires. And despite never having won the league, home games at the Millerntor Stadium are always sold out and the atmosphere during games is bombastic.

Germany is interesting at a league level because, in many cases, clubs have a very strong regional identity or a deep historical connection. For example, Germany’s Bayern Munich represents Bavarian identity but is also the most popular club in the country – which is funny because outside Bavaria, Germans otherwise consider the state almost a different country. In the former East Germany, most clubs had a link to the establishment, such as Dynamo Dresden, which was the club of the police. And the two first-division clubs in Berlin, Hertha and Union, represent West and East Berlin, respectively.

Germany is much more diverse than meets the eye, too, and this diversity can be translated into football: north and south are very different, and so are east and west. And even within federal states there are many regional differences. My favorite example is SC Freiburg, which represents the Black Forest region near the French and Swiss borders and whose trainer is known all over Germany for his thick regional accent. And then there are differences and rivalries between regions and cities too: Düsseldorf and Cologne have a big rivalry in general, not only on the pitch, and so do Hamburg and Bremen. 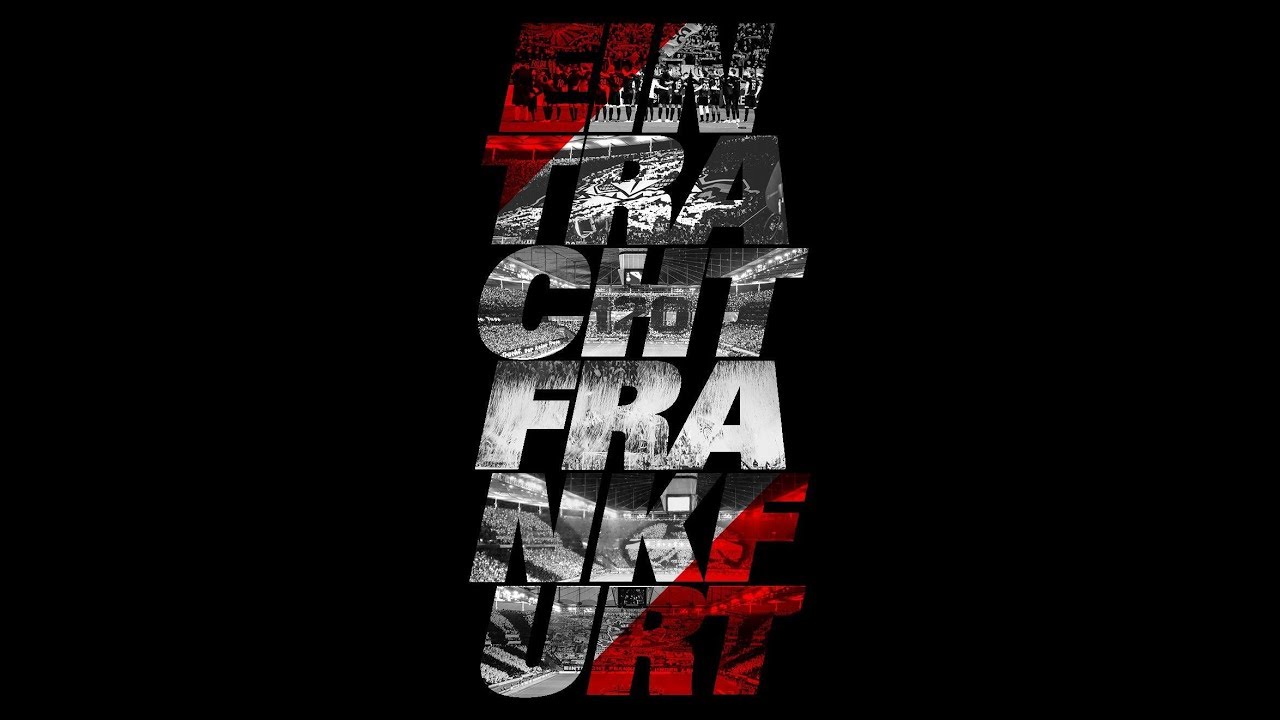 Football culture in the UK

England is the cradle of the game as we know it. The Football Association was founded in 1863, and many clubs still active today were founded around that time too. In the early years, football spread all over the world from the UK through immigration. There was a lot of British immigration to Latin America due to railroads and mining in the late 19th century, and they brought football with them. Fun fact: Argentina’s league is the world’s second-oldest after the English one.

England’s most successful clubs are based in London, and there is a high concentration of clubs in the capital playing across the entire English league system. The game spread rapidly all over the United Kingdom and took root in Scotland as well, which is home to very old and traditional teams such as Hibernian, Rangers and Celtic.

All over Europe, modern fan culture was influenced by Italian support. However, as opposed to fans in Continental Europe, British fans do not rely on flags to support their teams. There are no organized choreographies and fans usually don’t use drums. Since football was created in the UK, British fans are fiercely protective of their football culture.

England’s clubs are historic and rich in tradition, and many have huge followings despite having long since fallen down the ladder to the lower leagues, such as Leyton Orient F.C. (founded in 1881). England’s Premier League is, as opposed to the Bundesliga, highly competitive. Whereas in Germany Bayern Munich has won the championship for 10 years in a row, the Premiership is often contested between Manchester City and Manchester United, Liverpool, Leicester and Chelsea, with Arsenal and Tottenham Hotspur also constantly at the top of the table.

Football culture in the US

Football (locally called soccer) is a new sport in the United States but is rapidly growing in popularity. Previously considered a sport for kids, soccer is gaining in acceptance from adults as well – in fact, games are often sold out. Atlanta United FC, for example, regularly sells out season tickets despite only having been established in 2014.

Soccer is very popular in the Pacific Northwest. In Portland, where I lived before moving to Germany, Portland Timbers games at PGE Park were sold out even before the franchise was moved to the MLS. Plus, soccer is the only sport in which all three main cities in the Pacific Northwest are represented in the same league: the Portland Timbers, the Seattle Sounders and the Vancouver Whitecaps.

Soccer is a bit of an anomaly when it comes to sports in the USA. While fan culture in all other American sports shares some common elements (big foam hands, anyone?), soccer fans in the USA borrow heavily both from European and Latin American fans. In the USA, Hispanics make up a large portion of soccer fans and they have influenced the style of support. And while soccer culture might still be relatively new in the USA, American supporters are very dedicated and can give European supporters a run for their money any day of the week in terms of passion and creativity. The Cascadia Derby between Portland and Seattle is a great example of this.

Established in 1993, Major League Soccer (MLS) doesn’t have the tradition of many European or Latin American leagues and has been regarded by many as a joke, with American soccer and American fans not being given any kind of recognition. Soccer is even snubbed by Americans themselves because it is not as popular as, say, baseball or basketball. But that is changing rapidly.

Soccer in the United States works in line with the same principle of franchises of other American sports. Teams are often dissolved and moved to other cities, and new teams are established often, such as David Beckham’s Inter Miami CF, founded in 2018. The MLS is a league where many European stars play at the tail end of their careers. 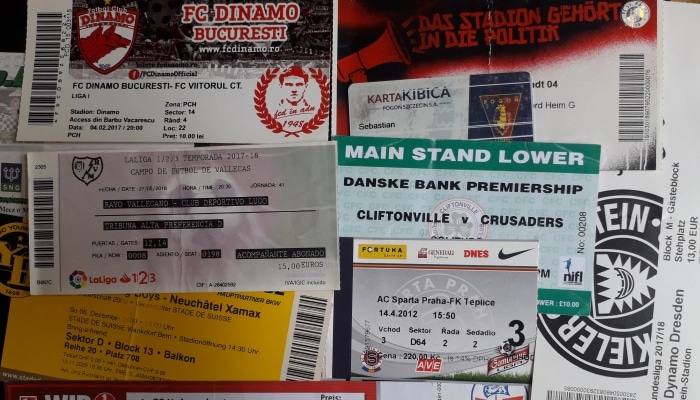 For someone who loves both traveling and football (or soccer, as we call it in North America and basically all over the English-speaking world with the exception of the UK and New Zealand), this year’s competition is particularly exciting because it will be played literally all over the place. London, Rome, Munich, Budapest, St. Petersburg and even Baku, where Europe meets Asia.

Supposed to be a one-off for the 60th anniversary of the competition, Euro 2020 has seen the debut of both North Macedonia and Finland. Scotland is back after 15 years and will play alongside England and Wales (actually normal in rugby tournaments) and the Dutch will return, most likely with a vengeance, after failing to qualify for Euro 2016.

So, whether you call it soccer or football – or Labdarúgás, Nogomet or Pêl-droed – we at EnglishBusiness hope you enjoy Euro 2020! If you are looking for a cross-cultural experience for your company, we offer a variety of popular agile and intercultural workshops! 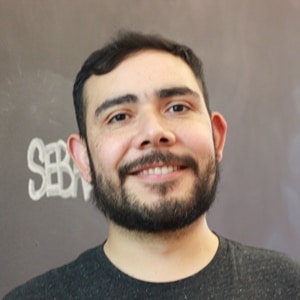 Contact Nina for a consultation!
Everything you need to know about capitonyms

The history of English business in Hamburg
Scroll to top