The history of English business in Hamburg

English Business is a cutting-edge communication provider that links Hamburg to English speakers everywhere. We’ve put together a brief history of the centuries-old commercial and cultural ties between this great port city, the UK and the New World. 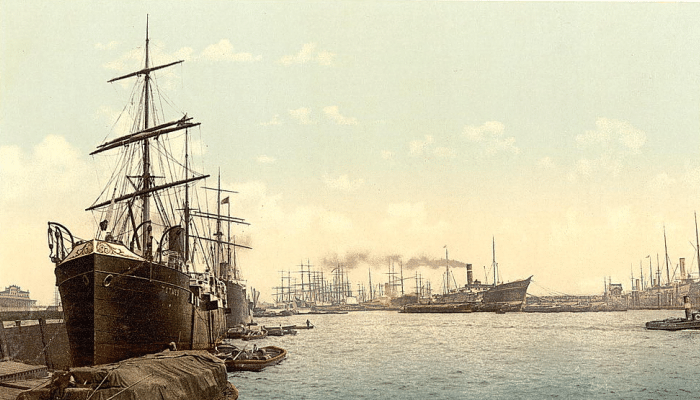 A brief history of English business in Hamburg

EnglishBusiness provides international communication services in the tradition of companies that have linked Hamburg to the English-speaking world for hundreds of years. All sorts of commercial and cultural connections exist between Hamburg and Britain. With more than 4,000 British residents in Hamburg in 2018, Germany’s second-largest city is hugely Anglophile. In fact, the number of British naturalisations in Hamburg more than doubled in the lead-up to Brexit in 2019: 714 people from the United Kingdom took German citizenship that year.

The rise of the Hanseatic League: Cross-cultural communication in (medieval) practice

The river Elbe connects Hamburg to both the North Sea and to a history rich in trade. Now one of Germany’s 16 federal states, Hamburg became a major trading power in the Middle Ages as a member of the Hanseatic League. In the 13th century, overseas traders from northern Germany, the Netherlands and the Baltic territories joined forces in an alliance to ensure merchants’ safety and protection along trade routes. The land and seas were rife with highwaymen and pirates! The Hanseatic League held joint trading bases in far-flung places like London, Bergen and Novgorod; it wasn’t long before the successful merchants’ confederation was extended to an alliance of cities. Regular meetings were major events during which major political decisions – and even wars – were decided on.

By 1475, the Hanseatic League had established enormous “Steelyard” warehouses on the north bank of the Thames in London. Hanse merchants lived and worked in and around the area. Trade was in gold and silver, fish, timber, hides and furs, linen, wool, grain, wax, ashes, tar and pitch. Merchants continued to live there until they were banished by Elizabeth I in 1598.

Merchant Adventurers and ties to the New World

Meanwhile, an English church  – the Anglican Church of St Thomas Becket – was erected in the centre of Hamburg. Still in operation today, the church was founded more than 400 years ago when the Merchant Adventurers of London, a cloth-trading guild, became the first organisation in Hamburg to be given the right to hold non-Lutheran services – in English.

With the discovery of the New World in the late 16th century, the relevance of the Hanseatic League started to dwindle until it was finally dissolved in 1651. If you’d like more information about this medieval alliance, there’s a wonderful museum in the beautiful Hanseatic city of Lübeck that is definitely worth a visit.

Hamburg was among the few Hanseatic cities that extended their success story after the decline of the Hanseatic League, and it continued to play a major part in the new world trade. However, with success came crowding and unsanitary conditions. A major outbreak of cholera in 1892 was badly handled by the city government, and about 8,600 died. The Hamburg water supply from the Elbe did not meet modern standards; the authorities denied there was an epidemic and failed to implement measures based on the new understanding that germs cause disease. Apparently politics and science were at odds with each other. Sound familiar? It goes without saying that today, Hamburg is a modern city – and it’s also a leader in sustainability. 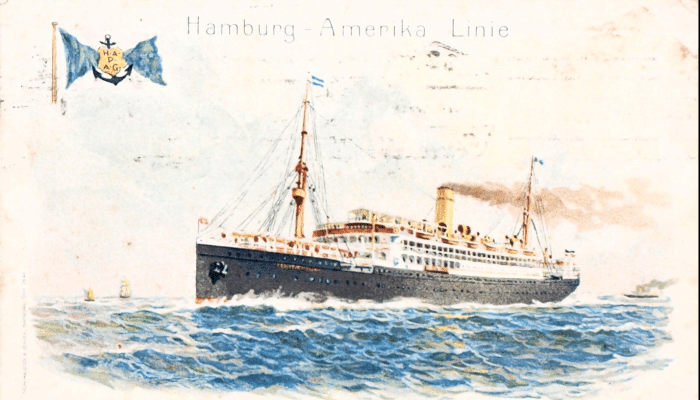 The Hamburg-America Line became the world’s largest transatlantic shipping company around the start of the 20th century. Cosmopolitan Hamburg was now also home to companies that shipped to South America, Africa, India and East Asia. In addition, Hamburg was the port for many Germans and Eastern Europeans as they left their homes for the unknown territory of the New World. You can learn about some of their stories by visiting the interactive Emigration Museum.

War, division, and a multi-cultural future

During World War II, Hamburg suffered a series of devastating air raids by British and US bombers in which 42,000 civilians were killed. The city was occupied by the British from 1945 to 1949. Rebuilding of the city and of society as a whole proceeded at pace, but it wasn’t long before the Iron Curtain – only 50 kilometres east of Hamburg – separated the city from most of its hinterland and further reduced Hamburg’s global trade. Since German reunification in 1990 and the accession of some Eastern European and Baltic states to the EU in 2004, Hamburg has regained its position as the region’s largest deep-sea port for container shipping. With its strong historic foundation based on intercultural trade, this great city is once again a major commercial centre. 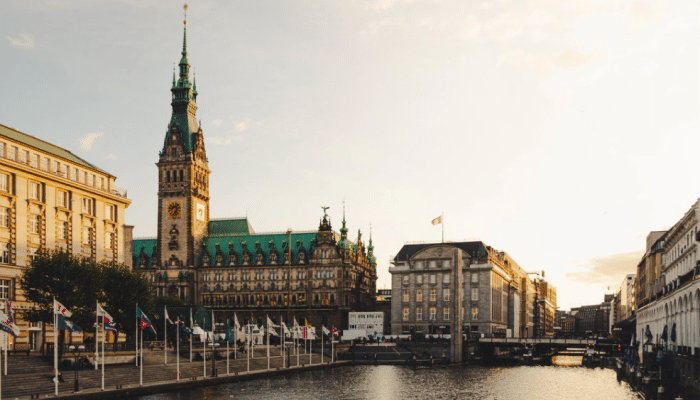 Why not improve your own business English in a flexible training course with the experts in cross-cultural communication? EnglishBusiness is a Hamburg-based company in the Hanseatic tradition that links you with the 1.35 billion people worldwide who are native speakers or speak English as a second language. Contact us today for more information! 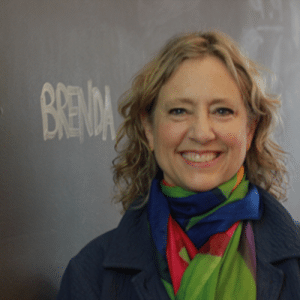 Contact Nina for a consultation!
Football cultures around the world

Making Sure Your Communication is Gender-Neutral
Scroll to top