New Year Traditions from Cultures Around the Globe

Whether you celebrate New Year’s Eve at home with family and friends or ring in the new year abroad, you probably have a New Year’s Eve tradition or two. In our new blog, we are looking at a few New Year’s traditions around the globe. Enjoy reading and happy new year!

Common traditions around the world

Different cultures all over the world have different traditions to ring in the new year. Some are newer and more popular than others but they all form part of our individual and collective customs.

Let’s take a look at a few customs from around the world.

In Germany, the new year is usually greeted with lots of fireworks, like in a lot of countries around the world. But, there is an old tradition to tell us what the year holds in store (allegedly) that involves pouring lead into water—depending on the form it takes, the new year will bring money, happiness or difficulties. This tradition dates back to pre-Christian pagan traditions. The government banned all divination kits back in 2018 due to their lead content, which is highly toxic, so this tradition will probably become even more rare in the future.

In Germany, a lot of people eat lentils on New Year’s Eve in the hope of money raining down on them in the new year. They also do that in Italy. Why? Because lentils look like coins! Also, fun fact: in German, you “slide into the new year” so you wish people “a good slide” (guten Rutsch).

Another country with a New Year’s tradition dating back to pre-Christian times is Scotland. The Scottish celebration of Hogmanay has roots in the revelries of the Vikings and is most famously celebrated in Edinburgh. Hogmanay parties are interrupted at midnight to sing Auld Lang Syne and then continue into the morning, when people march down High Street in costumes before taking a dip in the freezing waters of the River Forth. Scots are also very careful with the first person they let in their homes on New Year’s Day, for the “first footer” may bring fortune or bad luck!

In Spain, the new year is received with twelve bell strikes and for each one people eat one grape. Even though the tradition is not particularly old, it also spread in Latin America, where it is not uncommon but is done rather for fun than anything else. Should you manage to gulp all twelve grapes, your year is due to be happy and successful, but should you fail it heralds the opposite. The coronavirus pandemic most certainly put the validity of the belief into question.

While in Spain the bells ring out 12 times, in Japan they do so 108 times, once for every human desire that leads to pain and suffering according to Buddhist belief. The Japanese are also known to thoroughly clean their homes on the last day of the year to really begin the year with a clean slate.

In Colombia, you wish people a year full of travel, which I think is the best thing to wish someone and that makes this tradition my favorite. In Greece, it is customary to hang onions on the front door for good luck. Also, many Greeks smash pomegranates, which are traditionally considered to bring good luck. This custom is also widespread in Turkey. Of course, the most common thing to do in the New Year is to get a fresh start and reset. Most people write their resolutions or wishes on paper—and some (the Russians) burn that paper and mix the ashes into the champagne they toast with. You can also write down what you want to leave behind.

Regardless of the traditions, the New Year is always a good time to look back on life, take stock and see the opportunity to make a symbolic new start.

We at EnglishBusiness represent various nationalities and have different ways to ring in the new year. Because of that, we are experts in communication and offer training and seminars on the subject. We wish you all the best for 2022. 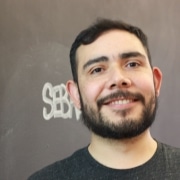