Tipping around the world: keep the change? 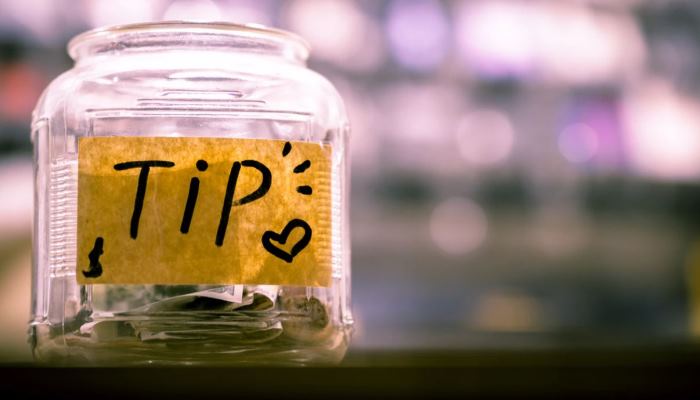 Does this sound familiar? You’re sitting in a restaurant and the waiter is clearly having a bad day. After you’ve paid the bill, they’re suddenly all smiles? Or, you pay a taxi driver and then they makes you get your own suitcase out of the boot? Giving the right amount of tip is not just a matter of opinion, there are also cultural differences at play.

In both Germany and the UK, tipping is less required that in other countries and this can make this ancient custom pretty confusing. According to most of my friends and family, somewhere between 5% and 20% is normal. But, friends in the hospitality industry are more generous. There are also other things to think about when it comes to tipping. What if you order something to be delivered? Are you supposed to tip at the bar for every drink? Isn’t the hairdresser expensive enough already? And do I have to tip someone I know I’m never going to see again?

The main thing to remember is that tipping is totally voluntary. It’s supposed to reward and motivate good service. In England, employees of the service industry generally earn “enough”, so you are able to tip less for bad service if you feel this is justified. If you know how expensive renting in London is, then you can also assume that a waiter’s salary without tips doesn’t go very far. When the bill comes in an English restaurant, it’s a good idea to get your glasses out and look for a “Service Charge” that might have already been added to the bill. Otherwise, 10% is an acceptable amount to tip.

You could save the tip in bars, but it can help with subsequent service to be a bit more generous. It might mean your drinks make their way to your table a bit faster!

In the more touristy spots, there are people offering “services” and trying to get a tip in return. If you are sprayed with perfume on your way out of the bathroom, the Guardian advises you to just keep walking.

To each their own

We are a very international team at EnglishBusiness and we love to talk about cultural differences. I have been told that European stinginess with tips doesn’t go down so well in other countries. Sometimes tipping isn’t just a matter of politeness, it’s also part of someone’s wages.

Young (and old) people working in hospitality in the USA earn very low hourly wages and therefore rely on tips. Hospitality staff there earn as little as $4 an hour and expect a tip of at least 20%. At the bar, $1 per drink is standard.

The situation is similar in South Africa. Without tips, you wouldn’t be able to live off a waiter’s wages, but thanks to a lively restaurant culture and tourism industry it’s possible to make your way. In a restaurant, you should give between 10% and 15%. There are a variety of other situations in which tipping may be necessary, so it’s useful to keep some change handy. At the petrol station or the carpark you can give a couple of coins, but keep in mind that it is voluntary.

There is no obligation to tip service staff in Australia due to the high wages and already-high prices. But, because Australians love to travel and are used to tipping overseas, this may be changing.

There are also countries where tipping is considered rude. In Japan, absolutely no tipping is expected. If you are particularly happy with the service, you can put a tip in an envelope. Giving cash directly to an employee of the service industry would be seen as an insult.

How much of a tip you give is often completely up to you. The question of if and when to leave a tip also has a practical component. If you’re only going to a restaurant or a hair salon once or only staying one night in a hotel, the consequences of your thriftiness are minimal. In all other cases, a tip helps you form a relationship. Here are a couple of good ideas:

Do you tip? Or do you think it’s no longer necessary? Let us know your thoughts in the comments!

Translating legal texts – what to watch out for
Scroll to top